Masterchef Ends in a Draw for First Time Ever

The 'Masterchef' final ended in a draw for the first time ever.

Keri Moss, 41, and Anton Piotrowski, 30, were named joint professional winners for the first time in the BBC Two show's 22-year history last night (13.12.12) when judges Michel Roux Jr. and Gregg Wallace failed to pick one contestant to triumph outright in the cooking competition.

Anton said: "It's absolutely amazing; to share the title with someone that's so talented and so amazing is unreal. It's a good start to the rest of my life, mind blowing!"

Keri added: "Joint winners is just fantastic, we've had a good run together, Anton is awesome.

"Today has surpassed anything that I have ever achieved in my career, in my whole life, this is just massive."

Anton and Keri's final task was to prepare a three-course meal for Michel and Gregg. Keri impressed with her menu of a Mackerel Tartar starter, a main of Chinese Five Spiced Duck Breast, Confit Duck Leg Cubes and Duck Sausage followed by a Pistachio Cake with a White Chocolate Parfait for desert.

Anton's menu was equally as sumptuous, made up of Elderflower Marinated Pollack to start, followed by Coco Marinated Loin of Venison, accompanied by Pan Seared Ox Heart, and he finished with a complex desert consisting of 17 elements including a Dark Chocolate Cylinder filled with Caramel.

Gregg said: "What an amazing final, I can't ever remember a decision this tight."

Michel added: "This has probably been one of the hardest, tightest finals that I have ever seen.

"It was just impossible to split them - their talents have been matched plate for plate for the past several challenges and it was truly impossible to award one the title over the other."

Keri and Anton were put through their paces in the final week with fellow finalist Oli Boon as they were each tasked with designing and preparing a Michelin standard course for more than 30 Michelin-starred chefs at the Pearl in London.

They were also given access to the kitchens of celebrity chef Heston Blumenthal's three-Michelin starred restaurant The Fat Duck. 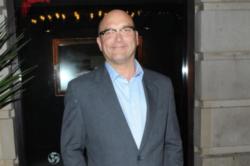 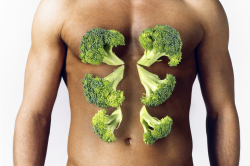