Dame Maggie Smith is set to leave 'Downton Abbey' after failing to sign up for the fourth series of the ITV1 drama.

Dame Maggie Smith could be set to leave 'Downton Abbey'.

The 77-year-old actress - who plays the Dowager Countess in the ITV1 period drama - has not yet signed up for the fourth series, leading to fears she may quit.

"With Maggie, you never know. But I hope she stays with us until 'Downton' falls down."

Most of the cast, including Michelle Dockery and Hugh Bonneville, have already signed up and their are fears if Maggie doesn't continue, ratings may take a big drop.

The hit drama is returning for a third series and Hollywood legend Shirley MacLaine is joining the cast as the Countess of Grantham's mother, Martha Levinson, who instantly clashes with Maggie's alter-ego.

However, Shirley says they get on very well off camera and even joked they were "lovers in another life".

The 78-year-old actress said: "We were lovers in another life. We met 40 years ago backstage at the Oscars. I was up for something and there was this big chocolate cake on the catering table. Whatever I was up for, I lost. Now Maggie tells me, 'You know what you did, dear? You tucked right into that cake and said, 'F**k it, I don't care if I'm thin ever again!'

"Maggie remembers more than me - but then she's a year younger." 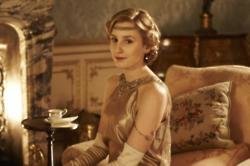 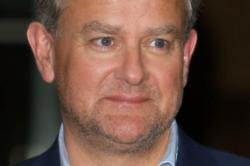