Matt Smith wants William Shatner to play The Master in 'Doctor Who'.

The actor - who plays the titular Time Lord in the BBC sci-fi series - would love to star alongside the 'Star Trek' icon, best known for playing Captain Kirk, but series producer Steven Moffat thinks it may be confusing for viewers as the role is synonymous with John Simm.

Speaking to Getty, Matt said: "We'd love to have William Shatner on 'Doctor Who', I'm sure. He's a sci-fi god! He'd be great. Is The Master coming back? Who knows?

"John Simm is pretty damn good in the role, though."

But the series' producer isn't convinced William, 81, is the right fit for The Master.

Steven said: "William Shatner being The Master would be too confusing wouldn't it? He's Captain Kirk! It's already confusing that there are now two Captain Kirks. But If I was considering it I wouldn't tell you.

"I love William Shatner but John Simm is The Master. John Simm would beat him up if he thought he was going to take that part."

John's version of The Master hasn't appeared on the show since former Time Lord, David Tennant, exited in 2009. 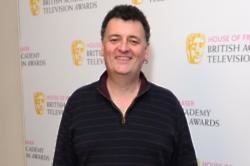 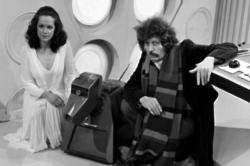 Steven Moffat wants K-9 back in Doctor Who 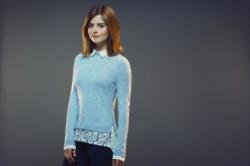