Sam Faiers has begged 'The Only Way is Essex' bosses to cast more "fit" men who are a "bit grubby" and "hands-on" in the next series.

Sam Faiers has begged 'The Only Way is Essex' bosses to cast more "fit" men in the next series.

The blonde beauty - who split up with her boyfriend TJ last month - wants producers of the ITV2 show to draft in some "grubby" and "hands-on" guys so that she can have "more fun" on the programme.

She told The Sun newspaper: "I reckon there should be a lot of fun in the new series. A lot of us girls on the show are now single so they need some guys.

"They can't just throw one guy in there, they need three or four as there are so many girls. If we had more guys it would be much more fun. I just want a really fit guy who is not a player.

"I would like a builder or someone like that -- someone really hands-on and a bit grubby. I would like someone who has a bit more of a Cockney accent than an Essex accent. No hair gel but they have to have good teeth, good shoes, and smell good."

Following her split from TJ, Sam insists she "needs" to be single and "have fun" over the next 12 months, and she hinted 'TOWIE' could be set to film a special episode in Marbella later this year.

She added: "I'm not over the moon as I loved TJ and we got on so well.

"But I need to be single. There is so much going on. I'm going away to Vegas and Ibiza. This year is my year to have fun.

"The new series starts in four weeks so we have only got a month off. It's really quick. They are doing four series this year and there might be a Marbella special. We all want to get out to Spain!"

Meanwhile, Sam's 'TOWIE' co-star Lauren Goodger really wants to give Duchess Catherine an Essex-style makeover after it was revealed the brunette beauty is the royal's favourite star of the show.

Speaking on 'Daybreak', Lauren explained: "I think she's amazing, I think she's so beautiful and very attractive and stuff and I feel really proud that she thinks that I'm her favourite - she knows who I am!"

tagged in The Only Way Is Essex Sam Faiers 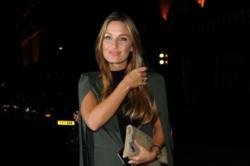 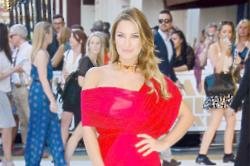 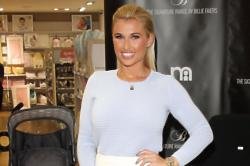