'Celebrity Big Brother' stars Spencer Pratt and Heidi Montag have received death threats, which has led bosses of the Channel 5 show to increase security around the couple.

'Celebrity Big Brother' bosses have been forced to increase security around the couple - who have caused controversy throughout the Channel 5 show after refusing to take part in tasks and constantly arguing with fellow housemates - after they received a volley of online abuse.

One crew member told the Daily Star newspaper: "Initially everyone seemed to love their meddling. But now it's turned into real hatred."

And the former 'Hills' stars have come in for even more criticism after photographs of the couple - who have previously voiced support for the pro-gun National Rifle Association - posing with weapons emerged online.

One 'Celebrity Big Brother' viewer said: "I hope both Heidi and Spencer get shot in the head and die, that would be great."

Another tweeted Heidi saying: "You and your fella need a bullet each between the eyes."

The shocking threats come after the couple clapped and smiled when fellow housemate Claire Richards was denied the chance to receive a letter from home because the pair had failed to take part in a task.

But Claire, Neil 'Razor' Ruddock and Tricia Penrose were all given letters from home on Monday (21.01.13) as a reward for triumphing in the Boys Vs Girls challenge, which saw Razor become an honorary girl to even out the teams. 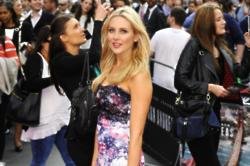 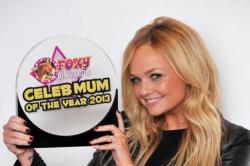