'Splash!' star and Olympic diver Tom Daley wants to follow in Ant and Dec's footsteps and have a successful TV career.

Tom Daley wants to follow in Ant and Dec's footsteps.

The Olympian hopes his ITV primetime gig hosting diving competition 'Splash!' will help him forge a career in TV presenting like his idols Ant and Dec once his athletic dreams fizzle out.

Tom explained: "I've always said that I want to be a TV presenter after I've finished diving, but at the moment my focus is very much on my diving career. Luckily for me, 'Splash!' has meant that I can continue to train full time while gaining experience in TV.

"Once I've retired from diving, I'd love to present something on Saturday night TV like Ant and Dec."

The 18-year-old star admits the media attention - greatly increased since last summer's London 2012 - has given him a good training in talking to camera and he is learning to channel his nervous energy into his performance.

Tom revealed: "I've been interviewed in front of the camera since I was young, so luckily I've had some TV experience. Having said that, live TV is always nerve-wracking, but the adrenaline is always pumping, I've learnt a lot and it's been good fun, in both sport and TV, it's about using your nervous energy effectively."

However, if the teen heartthrob's presenter plans don't work out, he wouldn't be adverse to a career in movies and would like to play storybook hero Tarzan so he can show off his toned abs.

He laughed to OK! magazine: "I would give [acting] a go - how about a remake of 'Tarzan' or 'George of the Jungle'?" 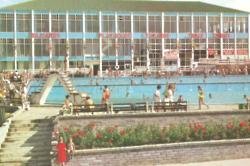 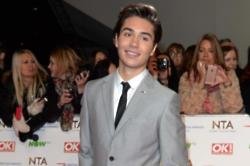