Arrow is back soon with a brand new fourth season, and the show's promotional team have now treated fans to two new images of Diggle in his crime-fighting costume, after the first - released last week - got a lukewarm reception.

One similarity many are drawing with Diggle's helmet in particular is that it looks too much like Marvel's X-Men's Magneto's helmet, whilst others think it doesn't go well with the rest of the character's grounded outfits of choice.

Though it undoubtedly looks better in action as can be seen in the newly-released fourth season trailer, additional images have been given in an attempt to bring around those fans who simply aren't won over yet.

Released via DC Comics, the new pictures offer a better sense of what Diggle's look will be about when the series returns. Taking on his typical looks from seasons we've seen, Diggle's weapons remain the same and his costume simply gets a military upgrade.

Fighting against crime in the newly-named Star City, Diggle will be expected to step up along with Speedy and Black Canary, ahead of Oliver Queen's return to the city and evolution into Green Arrow.

Meanwhile, during the Arrow panel at this year's DragonCon, Amell revealed that something is going to happen in the show's fourth season premiere that's never been done before.

He explained: "It does something for the remainder of the season that there's going to be a constant jeopardy in the show, even if times are good. It's a really interesting technique. I think it promotes a good story. I think it will pique people's interest."

Arrow's fourth season comes to The CW in the US on Wednesday, October 7 at 8pm/7 central. 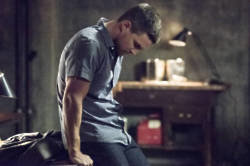 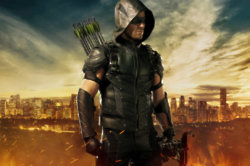 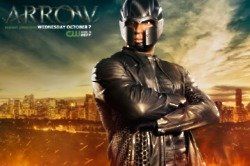