Cheryl Fernandez-Versini is still having playful rows with her fellow judge Simon Cowell, if he annoys her, she is planning to hit him with her shoes.

Cheryl Fernandez-Versini is planning to throw her shoe at Simon Cowell. 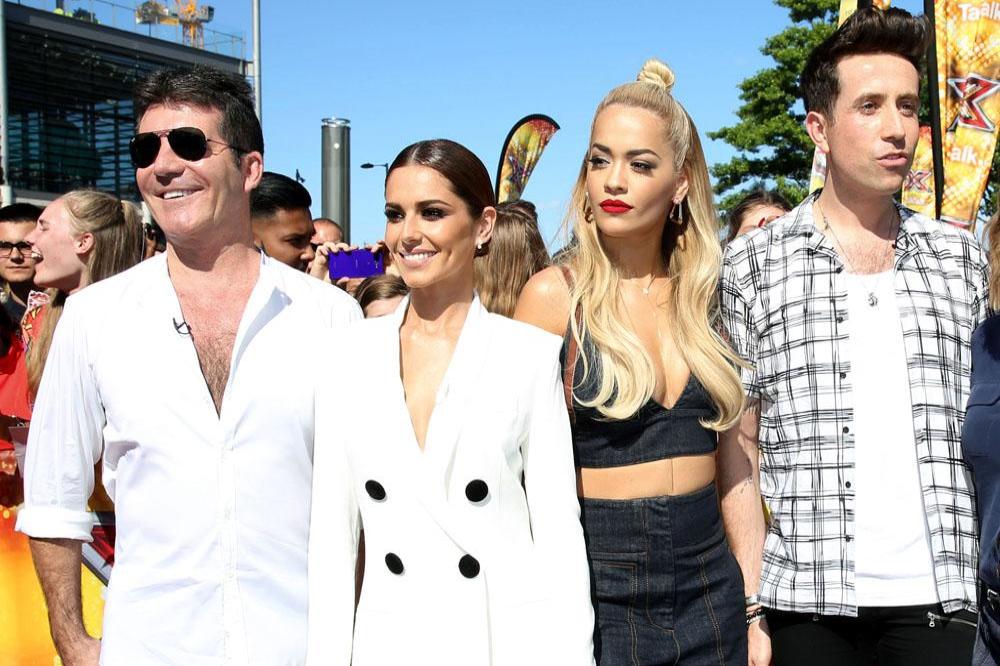 The 'Only Human' singer is "still rowing" with her fellow 'X Factor' judge, and even though she insists their disagreements are just "playful", she is already thinking of ways to reprimand him when he gets on her nerves.

Cheryl said "We're still rowing but it's playful. He knows which buttons to press."

She continues "He won't let me change seats. Sometimes I want to move away from him but won't let me and that winds me up."

"I've got to work on not retaliating. I don't think I'll be throwing glasses of water on him, it might have to be something a little heavier. Maybe I'll use a high heel."

There's a different line up this year for The X Factor. Rita Ora and Nick Grimshaw have replaced Mel B and Louis Walsh on the judging panel and Cheryl loves working with the newcomers because they make her laugh so much.

Cheryl told British HELLO! magazine "Rita's got a unique way of mixing her metaphors. She says things like, 'I feel like a fish out of water that just got turned over by a bus.' She has her own language."

She adds "Nick is hilarious. He cracks me up and he likes to talk."

Cheryl says "As much as Louis was a big part of the show, I'm enjoying the new panel. I think Louis was bored with himself towards the end."