Fearne Cotton has presented her final BBC Radio 1 show after 10 years with the station. 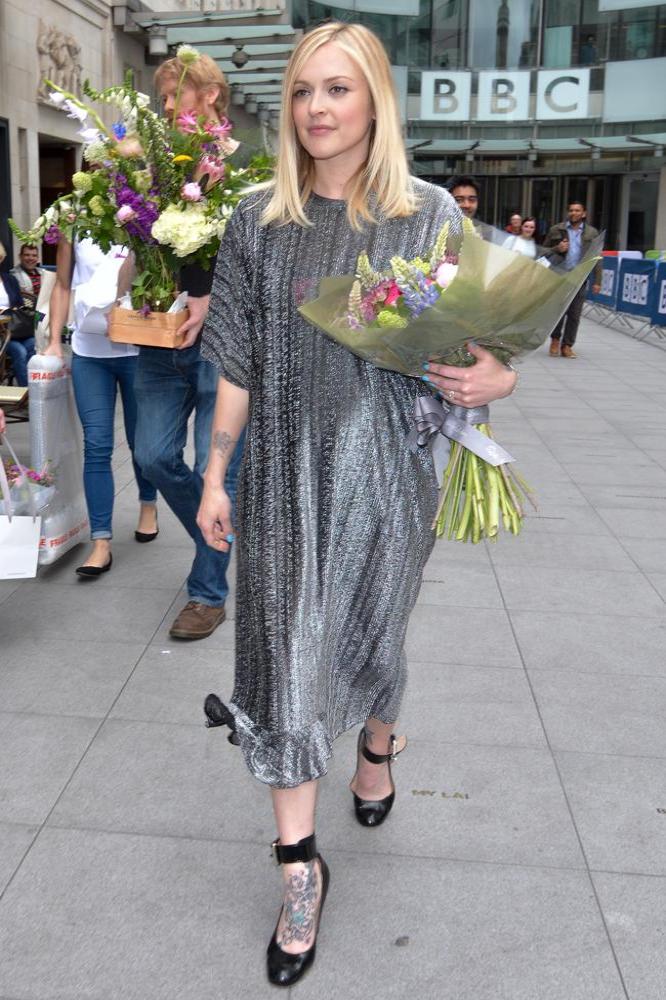 Fearne Cotton leaves the BBC studios after her final show

The 33-year-old DJ - who has two-year-old son Rex with husband Jesse Wood - joined Radio 1 back in 2005 but announced she would be leaving earlier this year to have her second child, and has now described her day as the "weirdest ever".

Speaking on her final show on the station this morning (22.05.15), she shared: "This is honestly the weirdest day ever, it really, really is. I don't know what's going on. I'm terrified slash excited. I've been looking forward to it and dreading it in equal measures."

During the three-hour long show, the mother-of-one was visited by a variety of guests including her former 'Top of the Pops' co-host Reggie Yates, fellow 'Celebrity Juice' stars Holly Willoughby and Keith Lemon, indie band Kodaline, her son and a variety of DJs from the station.

Foo Fighters rocker Dave Grohl was originally due to be present for the blonde beauty's final show, but instead complimented her on her attractive looks during a pre-recorded interview as he was unable to get to London in time.

He gushed: "It's one thing to be a wonderful voice on the radio, someone that has that timing and sophistication, humour and knowledge, but also to be the most beautiful woman in the world ... Usually when you step into a radio studio, you're faced with some people who look like they should be working on the radio, but in her case, she deserves to be out of the studio a little bit more. And she's always been cool!"

Other surprise treats for the presenter included personalised songs from Coldplay, Kodaline and Tom Odell, as well as covers of her favourite tracks by Rae Morris, James Bay, SOAK and Lucy Rose.

Before ending the show by playing her favourite song, Lana Del Rey's 'Video Games', Fearne took the chance to thank everyone who had supported her during her decade with the station.

She said: "I know I've already said it a million times, but honestly, all of your text messages and tweets have meant the world to me today, it's been so, so lovely.

"I'm so utterly blown away, you have no idea. It's just been the best morning and I'll miss everyone very much."