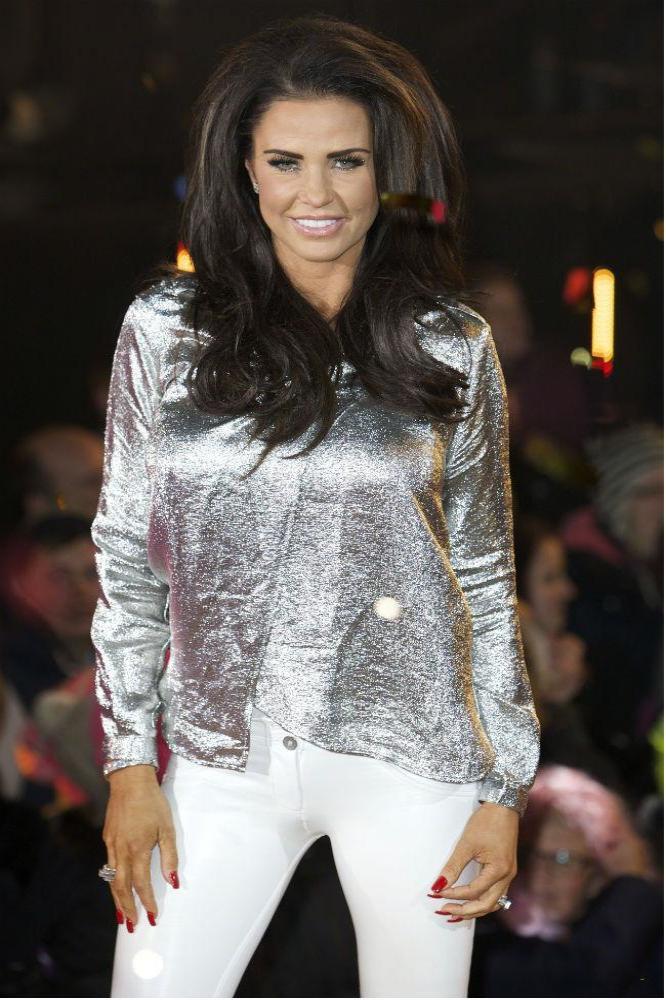 The 37-year-old television personality famously tried her hand at the singing competition in 2005 but the public instead chose Javine Hylton to represent the country.

When asked if she'd give it another go, she said: "Never say never. I might rectify it.

"Just for the laugh - we're never going to win it."

But Katie - who was pregnant with son Junior at the time - has admitted it was the "biggest regret" of her career to date.

Speaking on an episode of ITV2's Safeword, she added: "Out of anything I've done in my whole career, that is my biggest regret. I was seven months pregnant and I looked like a pink condom."

Meanwhile, Katie recently revealed she is planning to release an album but says she won't be recording music with her husband Kieran Hayler despite his music past.

She explained: "Kieran was in an indie band when he was younger and he wouldn't let me hear what they sounded like ...

"I've been there and done that before [with ex-husband Peter Andre] and I want to do this on my own. I'm not trying to be a pop star, I just want to do it and if something happens, brilliant, and if it doesn't, it doesn't."