With their first project together - Daredevil - a huge success, Marvel and Netflix are going to once again show off their work through Jessica Jones this November, with the first (and currently only planned) season of the series hitting the streaming service.

Now Daredevil's second season is currently under production, and it will continue to, along with Jessica Jones, introduce more familiar faces from the Marvel universe such as Punisher (Jon Bernthal), Elektra (Elodie Yung) and Luke Cage (Mike Colter), the latter of which is getting his own series, premiering at some point next year.

Heroic Hollywood's Umberto Gonzalez said whilst speaking on Collider Heroes, that Marc Spector AKA Moon Knight could receive the same treatment as violent vigilante Punisher, who'll be making his live-action debut next year.

According to him, Moon Knight would first make an appearance in someone else's show which then could lead to the character receiving his own series.

He explains: "It's interesting you bring up Moon Knight because that's not actually being developed for film. The heroic hot rumour is that Moon Knight is actually being developed for Netflix since he is their version of Bruce Wayne. Like the way they're backdoor piloting Punisher, making an appearance in Daredevil Season 2, if it works out, boom. Same thing with Moon Knight. Again, he's their version of Bruce Wayne. It's one of the staples that they're developing for their Netflix strategy. I'd rather see the Netflix version of Moon Knight than the cinematic one."

Moon Knight is known as a typically violent and brutal character, with darker content included in a number of Moon Knight's stories since his conception. With Netflix allowing for that darker content in the way we saw in Daredevil's first season, it's clear to see why he'd be a good fit for the service. 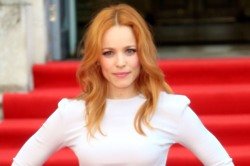