The 30-year-old former 'X Factor' winner will make his first appearance on Weatherfield's cobbled streets next week and Shayne, who is single since splitting from fiancee Faye McKeever 18 months ago, is excited about becoming eye-candy for fans.

He told the Daily Mirror newspaper: "It would be mint to play a heartthrob. I just love any type of challenge and roles because every day I'm learning, I'm watching, observing all the actors. That's the great thing about it.

"I'll have anything thrown at me. I'd like to give everything I possibly can and push myself as much as I can. I want to be thrown from pillar to post by women."

Shayne will play Aidan Connor, the cousin of Carla Connor (Alison King) and he is impressed by his on-screen relative.

He said: "Carla, she's hot. She's a strong woman and that's very attractive, to see a woman that's in control. Ali is lovely, and she's a very pretty girl."

And Shayne has high hopes to follow in the footsteps of former popstar Kym Marsh and carve out a lasting career on the soap.

He said: "What she has done is incredible. I think Kym's signed on again and this will be her tenth year. If I can have the same longevity that she has that would be great.

"Kym just said 'just enjoy it, relax and if you need a helping hand' and we gel really well." 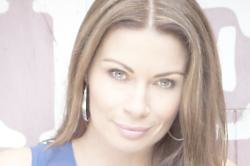 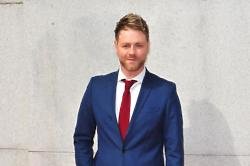