Simon Cowell has given David Walliams a makeover for Comic Relief. 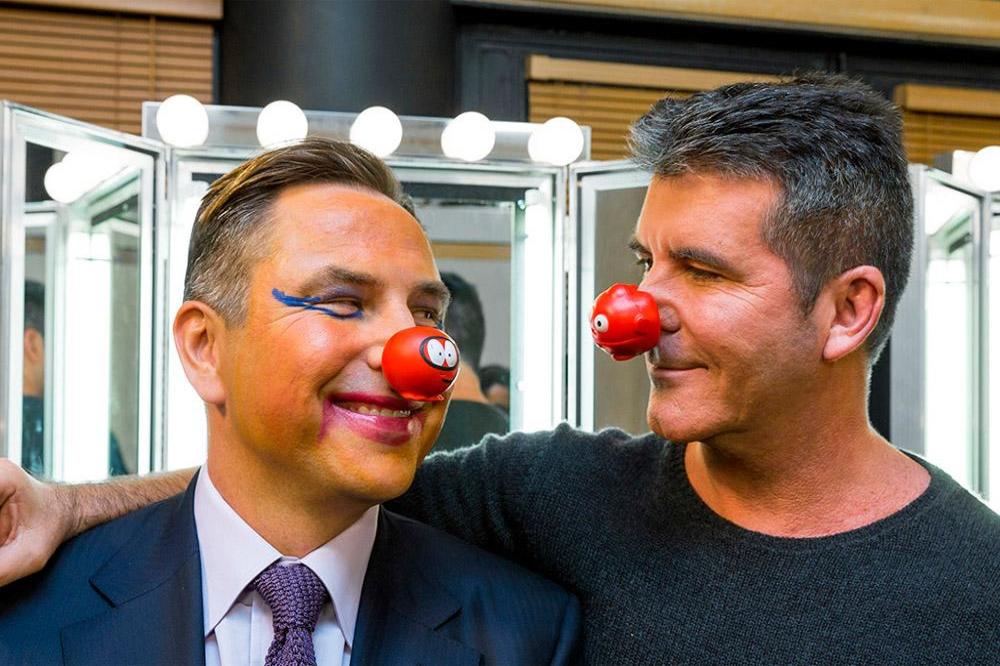 The 43-year-old comedian - who is a judge alongside Simon, 55, on ITV show 'Britain's Got Talent' - had his face painted by the music mogul to mark the launch of this year's Red Nose Day campaign, which asks the public to make their faces funny for money.

David clearly enjoyed his makeover and was impressed with Simon's talent for applying makeup.

He joked: "I feel absolutely beautiful. Simon's been hard at it all evening and he's even chosen colours that complement my eyes - I suspect this isn't the first time Simon has picked up a make-up brush."

Tess Daly and Rochelles Humes also joined in on the campaign and braved letting their husbands, Vernon Kay and Marvin Humes, loose with their makeup kits in a bid to prove to the public how easy it is to get involved in the fun for charity.

In addition to sporting a sponsored comb-over or undergoing a makeover to raise the life-changing cash people can also pick up one of nine new red nose designs available at Sainsbury's, Oxfam and rednoseday.com.

Claudia Winkleman and Fearne Cotton are also helping to launch this year's campaign and will be donning the red nose along with one of seven different Red Nose Day T-Shirts designed by Anya Hindmarch, Diane von Furstenberg, Henry Holland and Matthew Williamson, which are now available exclusively from TK Maxx and tkmaxx.com.

The campaign will end in a live broadcast from the London Palladium on Friday March 13 when some of the UKs most famous faces will take to the stage to perform, show off their fundraising feats and take part in silly spoofs.

'Strictly Come Dancing' presenter Claudia Winkleman is also urging the nation to take part in the first ever Comic Relief Danceathon - a six hour non-stop dance frenzy which will take place at The SSE Arena, Wembley and in locations across the country.