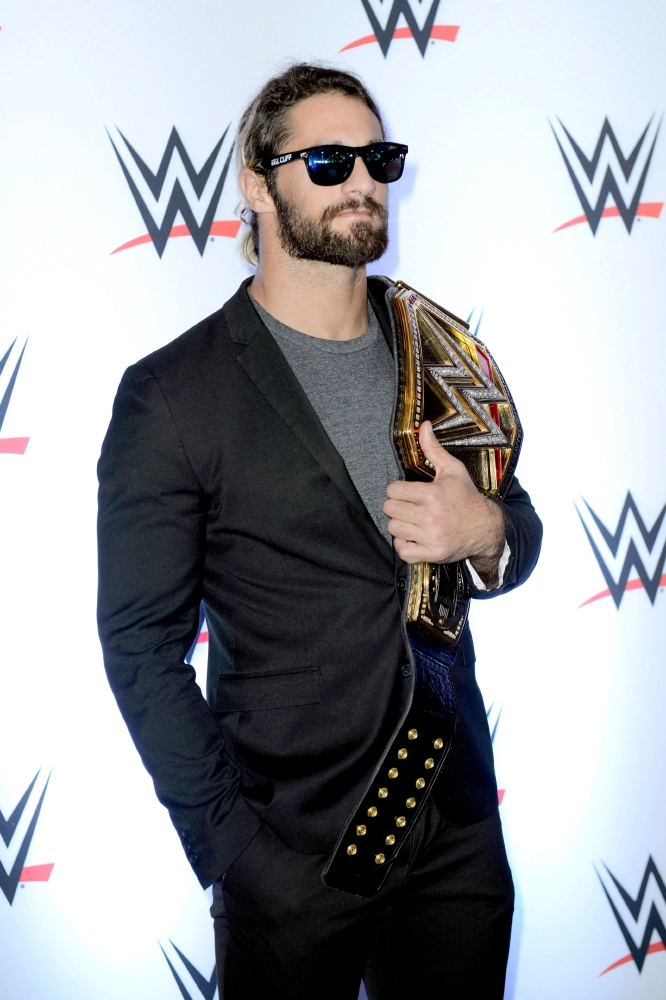 Though we now live in an era where we know that most of WWE is rehearsed, choreographed sports entertainment, something that happened on this week's edition of Monday Night Raw was unplanned, when WWE World Heavyweight Champion Seth Rollins kneed United States Champion John Cena in the face, connecting with his nose and breaking it in the middle of the main event match.

Slamming his knee into Cena's face, the latter's nose shattered and blood quickly spilled over John and the ring.

Always the professional, John continued on with the match, but it was clear he was hurting, with the wrestler being examined by doctors throughout the match and going on to win and retain his championship.

One ringside announcer stated that: "John Cena's nose is in the side of his face" during the match-up.

And of course there were the fans who saw the funny side, taking the time to include John's girlfriend and WWE Diva's Champion Nikki Bella in the action.