'Coronation Street' actress Beverley Callard is set to leave the show after playing legendary landlady Liz McDonald for over 20 years.

Beverley Callard is set to leave 'Coronation Street' next year.

The 53-year-old actress - who has played Rovers Return landlady Liz McDonald since 1989 - has adored her time on the show, but is ready for some "new challenges" after the soap reaches its landmark 50th anniversary at the end of the year.

I'll miss everyone on the show but I'm looking forward to some new challenges and to see what life has to offer beyond Liz's famous mini skirts!

She said: "I've loved every minute of my second stint on the street - it's always a difficult decision to make the leap but I returned for the 40th anniversary, so leaving for the 50th feels like perfect timing.

"I'll miss everyone on the show but I'm looking forward to some new challenges and to see what life has to offer beyond Liz's famous mini skirts!"

However, Beverley has hinted her departure might not be permanent and that she is only leaving for "a while".

She said on 'Loose Women': "I've made a massive decision over the last few months, a big one, one of the hardest ones I've ever made - I've decided to leave Coronation Street for a while.

"It's not because I'm disloyal, I love it, as you know, I'll always be loyal to the show. But as an actor, I just want to go back on stage again for a while and maybe do some other things."

Beverley is also looking forward to spending time with her fiance Jon McEwan.

She added: "I'm getting married, as you all know, and I want some time with my new husband. But I will always be loyal."

'Coronation Street' producer Phil Collinson added: "She's a lovely lady and is such a talented actress. We all wish her well in whatever she does next and we hope to see the character of Liz return sometime in the future. Plans are now being made for an exciting exit storyline for her departure next year." 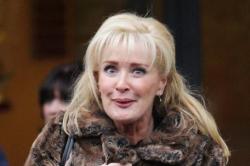 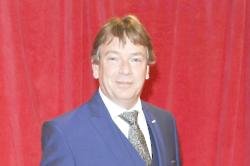 Eastenders Sweeps the Board At the British Soap Awards 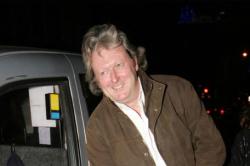