The Platt family are about to reach the end of the road in their battle against evil drug dealer Callum this month, in a dramatic live episode that will give fans of the long-running soap some major thrills.

With a first hint of what's to come on the show, a brand new promotional trailer has been released, which sees Callum chasing the terrified Platt family through the cobbled streets, back ginnels and houses of Weatherfield.

Though they think they may have shaken him off, David, Kylie and Sarah are forced to halt their escape as they come to a sheer drop - the end of the street has fallen away and instead been replaced by rock face.

Turning to see Callum approach, his run has turned into a menacing swagger - just what is he willing to do to ensure everything goes his way?

Cleverly playing on the cliffhanger element of this dramatic storyline, the trailer aims to symbolise "the fact that the Platts have reached the end of the road where Callum is concerned and now will have to face what Callum has in store for them."

The live episode, in celebration of ITV's 60th anniversary week of September 21 will also focus on Lloyd and Andrea's leaving party in the Rovers, Roy and Cathy's burgeoning relationship and Tim discovering that Kevin and Sally shared a kiss. 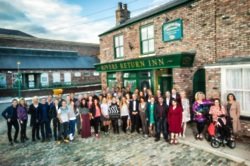 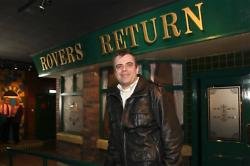 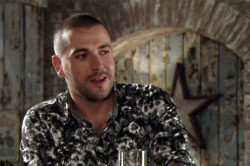