Alexandra Burke helps to raise money for Save the Children

Alexandra Burke is telling the world what matters most to her in a unique way.

As part of Aviva's You Are The Big Picture campaign, huge scale projections will give thousands of people the chance to reveal what matters the most to them.

On October 6 Aviva will turn the Lyttelton flytower of London's National Theatre into the world's biggest photo frame and hand it over to the public for 10 days.

The campaign will give thousands of people a moment of fame and recognition. Aviva will donate £2 to Save The Children for each person who submits a photo and a personal message - this money will be used to fund two new projects to help street children in India get access to education.

Alexandra Burke says: "You are the Big Picture is about giving everyone a voice and a moment in the spotlight. It's a chance for people to share their feelings about what really matters to them and to showcase their passions, hopes and dreams.

"It's easy for people to get involved via Facebook, and everyone that takes part will be helping to raise money in supports of street children who don't currently have an opportunity to share their own feelings with the world."

In 2010, almost 60,000 people from more than 200 countries took part in You are the Big Picture. This year, Aviva will introduce a new twist to the projections. Everybody who submits a photograph will be aksed to say in five words what matters to them most. If their photo gets projected, so will their message. They says it's their way of showing that to them, customers are people, not policy numbers.

Join in and help raise money for Save the Children on Facebook. 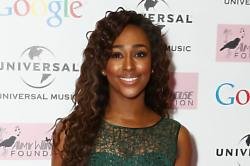 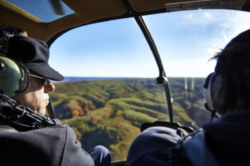 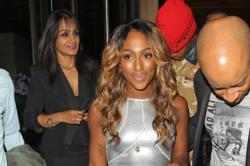