Avon And Refuge Visit Downing Street To Save Women's Lives

Avon And Refuge Visit Downing Street To Save Women's Lives

Today, on the eve of Human Rights Day, families who have lost loved-ones to domestic violence joined Avon Cosmetics UK, Refuge and Sheryl Gascoigne to hand in a petition to the government at number 10 Downing Street.

The petition calls on the government and local authorities to preserve specialist domestic violence services to stop the growing death toll.

The families held a wreath of 102 roses to commemorate each of the women who were killed last year as a result of domestic violence.

The petition seeks to protect specialist domestic violence services for women and children and forms part of the Avon and Refuge Four Ways to Speak Out campaign.

Since its launch one year ago, the petition has been signed by over 8,000 people including Reese Witherspoon, Avon’s Global Ambassador.

There has been an increase in the domestic violence homicide rate over the past financial year.  The most recent and shocking figures show the number of women killed by a violent partner jumped from 72 in 2007-2008 to 102 in 2008-2009[2] – an increase of 42 per cent.

The government spending review announced in October this year is putting pressure on local authorities to re-evaluate their budgets meaning that vital specialist support services may be at risk.

Reducing specialist domestic violence services would have serious consequences; leaving women with fewer options to turn to, limited access to support and potentially forcing them to stay with or return to their perpetrator, thereby increasing the risk of death.

Statistics reveal the shocking truth about domestic violence in the UK:

Sheryl Gascgoine comments "As a survivor of domestic violence I want to ensure every woman, no matter where she lives, can access support and safety.

"This is why I am proud to be here today supporting Avon and Refuge's Four Ways to Speak Out campaign."

Sandra Horley, OBE, Chief Executive of Refuge: “Every woman has a basic human right to live free from violence and fear.

"And today, on the eve of Human Rights Day, Refuge, together with Avon and the families of domestic violence homicide victims, are sending a strong message:  now, more than ever, we need to protect specialist services across the country to prevent more deaths.

"We need to speak out for the dead to protect the living." 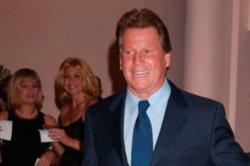 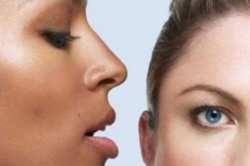