Give some hands-on help to Aids orphans

The fact that it is World Aids Day today may not make much of an impact on most people in the UK, where HIV is “yesterday’s news” – however the world’s largest volunteering organisation, Projects Abroad, has used the occasion to offer Britons the chance to take a break in Jamaica to help out at a new facility for orphans living with HIV/Aids.

“There are an estimated 20,000 children affected by HIV/Aids in Jamaica, and about 5,000 of them are orphans,” said Harry Kent of Projects Abroad, which since being founded in 1992  has sent more than 41,000 volunteers to 27 different countries on five continents, at a rate of around 8,000 a year.

“We’ve teamed up with the Australian charity, BridgIT Water Foundation, to help improve the quality of life for Aids orphans in Mandeville, Jamaica,” explained Mr Kent.

He said BridgIT was close to be completing a state-of-the-art care facility designed in a familial setting to house up to 40 children, and Projects Abroad was supporting the effort with fundraising ventures and was now open for bookings from UK volunteers “with a humanitarian impulse” keen to travel to Jamaica and help out  on the project (dubbed “Immunitiative”) for a period.

“Without this care centre the children would be left to either survive on their own, left with family members where they would suffer physical and/or psychological abuse, or moved to homes far away from their familiar surroundings,” said Mr Kent.

Projects Abroad also organises volunteer placements in a pioneering HIV/Aids programme in Ghana. Volunteers are given a three day training course before starting what Mr Kent describes as an “eye-opening, emotional yet extremely rewarding” time doing things like counselling patients, administering anti-retroviral drugs and testing for the virus at the large Police Hospital in Accra.

Mr Kent said a Projects Abroad group in Ghana’s Cape Coast were organising an HIV quiz for six schools to mark this year’s Aids Day, to educate children about the disease. Then, across the world in Mongolia the Projects Abroad team have organised an “Against Aids” concert starring local celebrities and volunteers.

“HIV/Aids is just one of the problems in the developing world where our volunteers are doing their bit to make a difference. We have a host of other opportunities from saving rare turtles to archaeological digs in Peru – even rescuing child slaves in West Africa.”

For more information on volunteering around the world visit www.projects-abroad.co.uk. 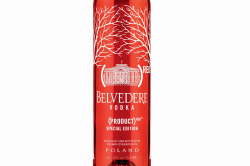