Shocking study reveals nearly 20% of women are raped in US

A US study has revealed on average 24 people every minute are victims of rape, violence or stalking by an intimate partner in the US.

The study had shocking findings

The study reported nearly 1 in 5 women has been raped at some point in her life. 80% of victims were first raped before the age of 25.

The shocking figures, released by the Centers for Disease Control, also found 1 in 4 women had been a victim of severe violence by a partner and 1 in 6 women has experienced stalking.

It also found 1 in 7 men experiences severe physical violence by a partner and almost 53% of male victims were under the age of 25.

Dr Linda Degutis, director of CDC's National Center for Injury Prevention and Control, said:" This report highlights the heavy toll that sexual violence, stalking, and intimate partner violence places on adults in this country. These forms of violence take the largest toll on women, who are more likely to report immediate impacts and long-term health problems caused by their victimization."

The report brought attention to how violence can impact on a person's lifetime. 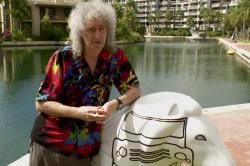