During the 2nd World War, whilst the men went off to fight, it was the nation's women who held the country together by getting stuck in and getting their hands dirty.

Well, now as we face one of the most grim financial futures of our time, it is again women who could lend a significant helping hand.

New research released by the UK Commission for Employment and Skills has revealed that unleashing women’s potential in the workplace could add some £23 billion to the economy, helping to beat the recession.

With this in mind, the Women in Work Sector Pathways initiative has announced a further £5 million pounds of funding, directed towards helping women break into male dominated employment sectors.

Men generally work at a higher level in technical, engineering, transport and communications occupations. In fact only a third of managers and senior officials are women.

This is also reflected in wage packets - 56% of women with children go out to work, but they earn 32% less than men and 41% less than men who work full-time. Women are not only paid less, they’re also hampered by a lack of prospects in the workplace. 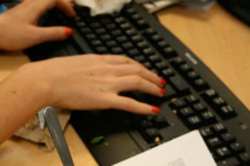